Exhibit: Americans and the Holocaust

Visit the library November 9 through December 8 to view Americans and the Holocaust, a traveling exhibition

Today, we are commemorating the 42nd anniversary of the Lake Peigneur disaster.

Located near New Iberia, Lake Peigneur was once a very wide but very shallow lake. It was 1300 acres large, but only 11 feet deep. It became a popular spot for oil wells but was also above the Diamond Crystal Salt mine.

On the morning of November 20, 1980, drillers on an oil rig owned by Texaco became alarmed when their drill suddenly seized up below the lake’s surface and they were unable to free it. When a series of loud pops rang out and their rig suddenly tilted towards the water, the workers immediately deserted the platform and rushed to shore. They then watched in horror as their massive, 150-foot-tall derrick was suddenly swallowed up by the lake that was only supposed to be a few feet deep. The water began to churn and spin until a quarter-mile wide whirlpool formed.

Evidently, the drillers had accidentally punctured through the top of the salt mine, and now the whole lake was quickly draining into the caverns below. Thankfully, the loud noises of fuel drums being washed away in the current alerted the miners early to the budding disaster, and all of them were able to escape unharmed.

The hole formed by the drill continued to grow wider and wider as the salt dissolved away in the roaring water. The vortex had become so powerful that it reversed the flow of the Delcambre Canal, which flowed into the lake from the Gulf of Mexico.

The “shallow” lake managed to completely swallow another drilling platform, a loading dock, 70 acres of land and trees, 11 barges, trucks, some houses, and a tugboat into its brand-new gaping maw. The lakebed was left empty as all its water drained helplessly into the mines and refilled over the next two days with Gulf water flowing in backwards from the canal. After this time, 9 of the 11 devoured barges popped back up to the surface like rubber ducks.

Today, the formerly 11-foot-deep freshwater lake is now a 200-foot-deep saltwater lake with an entirely different ecosystem living in it than had been before 1980. Apparently, an error in mapping had accidentally placed the Texaco rig in the wrong spot on the lake. Miraculously, not a single human life was lost and not a single injury reported.

Harmon F. Roy, an attorney for Diamond Crystal Salt Mine, donated a large collection of photos of the disaster to the Archives. These photographs are found in Collection 178. 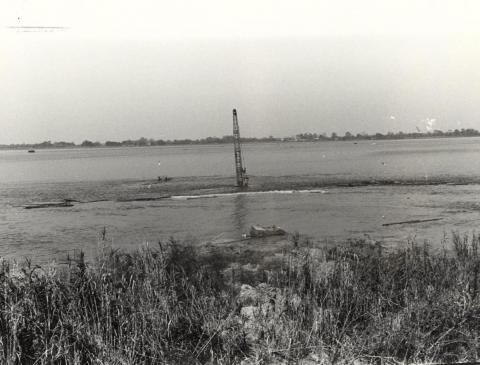 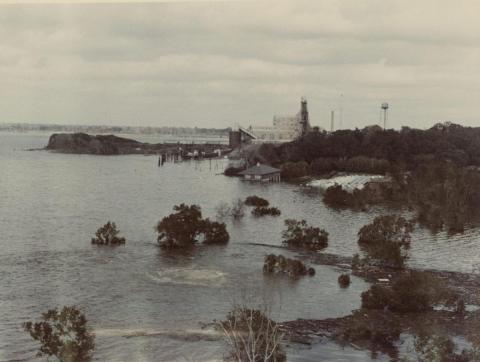 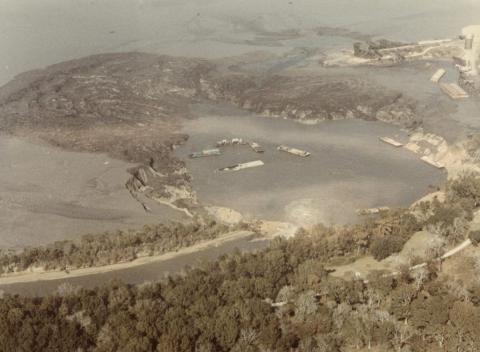