Join us for a virtual talk with Dr. Hillary Chute on graphic novels and their place in literature.

This week, we are taking a look at Collection 45, the Jefferson Caffery Collection.

Caffery was a member of the first class enrolled in Southwestern Industrial Institute (now the University of Louisiana at Lafayette) in 1902, and graduated from Tulane University in 1906. He read law with his father for three years and was admitted to the bar, but chose to pursue a career as a diplomat instead.

Caffery’s first posting, in 1911, was as second secretary of the American legation at Caracas, Venezuela. Subsequent assignments sent him to Sweden, Persia and France. Between 1920 and 1925 he served as second in command or acting chief of mission in Spain, Greece, and Japan. His assignment to Japan coincided with the great earthquake of 1923 and he oversaw the distribution of American aid to its victims, an example of his style of diplomacy which he defined as “getting things done”.

Caffery was promoted to minister to El Salvador in 1926, and served as chief of mission, often to various trouble spots, for 29 years, a record in the history of the U.S. diplomatic corps. He went on to serve in Colombia and Cuba before being sent to Brazil in 1937. There he worked on President Getulio Vargas to keep the country neutral during World War II and to allow U.S. planes to use the air corridor along Brazil’s coast to fly supplies to British forces in North Africa.

In 1944 Caffery was appointed ambassador to France, where government was being reestablished after the Nazi occupation. His task was to promote economic recovery and to prevent the Communist Party from gaining power. His language skills (he grew up speaking French in Lafayette, and learned Spanish and Portuguese during his Latin American assignments) and his pragmatic and aggressive diplomatic style worked well for him. At the end of his assignment in 1949, the French government awarded him the Grand Cross of the Legion of Honor.

Caffery’s final assignment was to Egypt, where the government and Great Britain were negotiating the terms of the British withdrawal from the Suez Canal zone. Remaining neutral, Caffery helped shape compromises that both sides could accept. In the midst of these negotiations, Col. Gamal Abdel Nasser seized power in Egypt, replacing King Farouk. Caffery’s principled actions during the transition impressed Nasser, who awarded Caffery the Cordon of the Republic in 1955. In spite of the cordial relationship between the two men, the U.S.’s refusal to supply arms to a country at war with Israel later soured relations between the two countries.

After his retirement in 1955, the Cafferys lived in Rome, where he acted as honorary private chamberlain to three popes. The couple moved to Lafayette in 1973, shortly before Mrs. Caffery’s death. The Ambassador died the following year.

Pictured are several artifacts found in his collection. More information on these and other items found in the collection can be found at Collection 45 - Jefferson Caffery Papers. 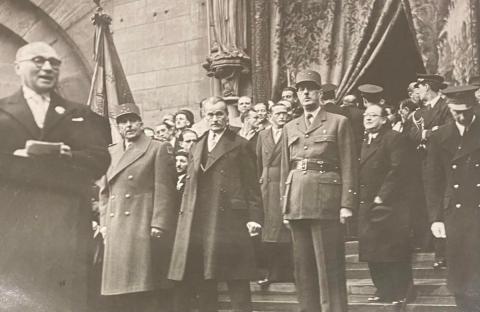 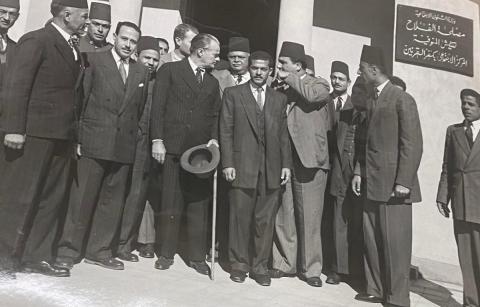 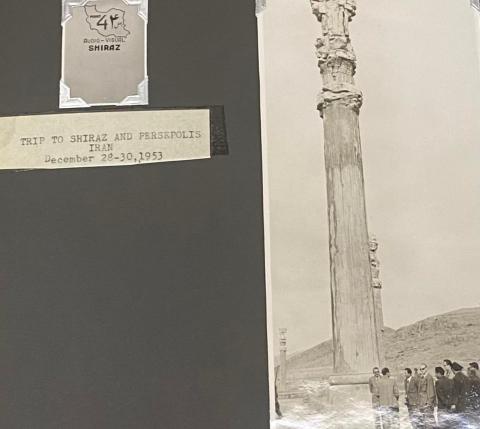 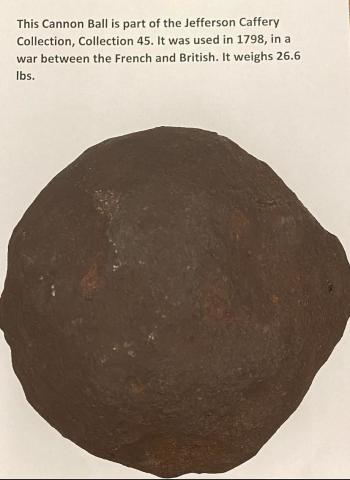