If you're on campus this summer, stop by the library and draw something on the Library Therapy Wall next to the 1st

Here in Acadiana, we have had an active Jewish community for over a century. Established in 1869, Temple Shalom is located in downtown Lafayette. In 1913, the Lafayette Sisterhood was founded and its members have been active in educational and humanitarian projects. They also held many fundraising events like raffles and bake sales.

Today, the community is a bit smaller, but still just as active. Their mission statements states, “We welcome young and old members of Acadiana who practice Judaism, seek to explore Judaism, and/or are interfaith families seeking to honor and support the Jewish elements of their family identity.” 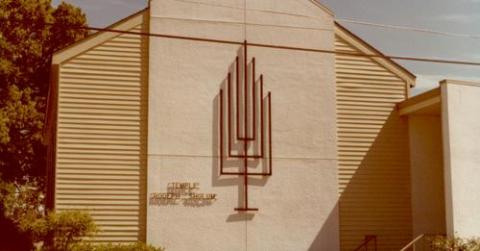