The library will be CLOSED Saturday, July 2 through Monday, July 4 in observance of Independence Da

Today, we are going to highlight our Louisiana Colonial Records Collection here in Special Co

Did You Know About ... These Extra Services & Amenities?

Enjoy these extra services and amenities at the library.

In honor of National Armed Forces Day, we want to take this opportunity to thank all of the people who have served and we are going to take a look at another of our digital exhibits, “Dear Mr. Fletcher: Letters from the Second World War.”

The exhibit has the perfect introduction. It states:

“During World War II, Southwestern Louisiana Institute (SLI) maintained subscriptions to The Vermillion, the student newspaper, for the vast majority of its students and alumni in the armed forces. Along with The Vermillion, Joel L. Fletcher, the President of Southwestern Louisiana Institute, wrote letters to the troops, encouraging them to write letters in return. More than 100 men dutifully wrote back to President Fletcher over the course of the war, and their letters and addresses were published in the servicemen’s section on the Vermillion’s back page. As a result, President Fletcher exchanged somewhere north of 1000 letters with the various SLI students, faculty, and alumni stationed at home and overseas. His correspondence spanned all three theaters of the war, all four branches of the US Armed Forces, plus the Merchant Marines, and an assortment of locales including Alaska, Iceland, and North Africa.

This exhibit aims to chronicle the travails of four of SLI’s more than 1400 enlisted men and women, selected from the President’s most consistent and colorful correspondents. These four men, through nearly 70 letters to President Fletcher, provide a permanent, firsthand record of a war whose participants are now on the brink of extinction. Those letters are provided here, without undue commentary, as near as possible to how they would have appeared when President Fletcher read them. Materials for this exhibit are courtesy of the University Archives in the Acadiana Manuscripts Collection at Edith Garland Dupré Library. This exhibit was curated, compiled, and composed by Samual Hebert.” 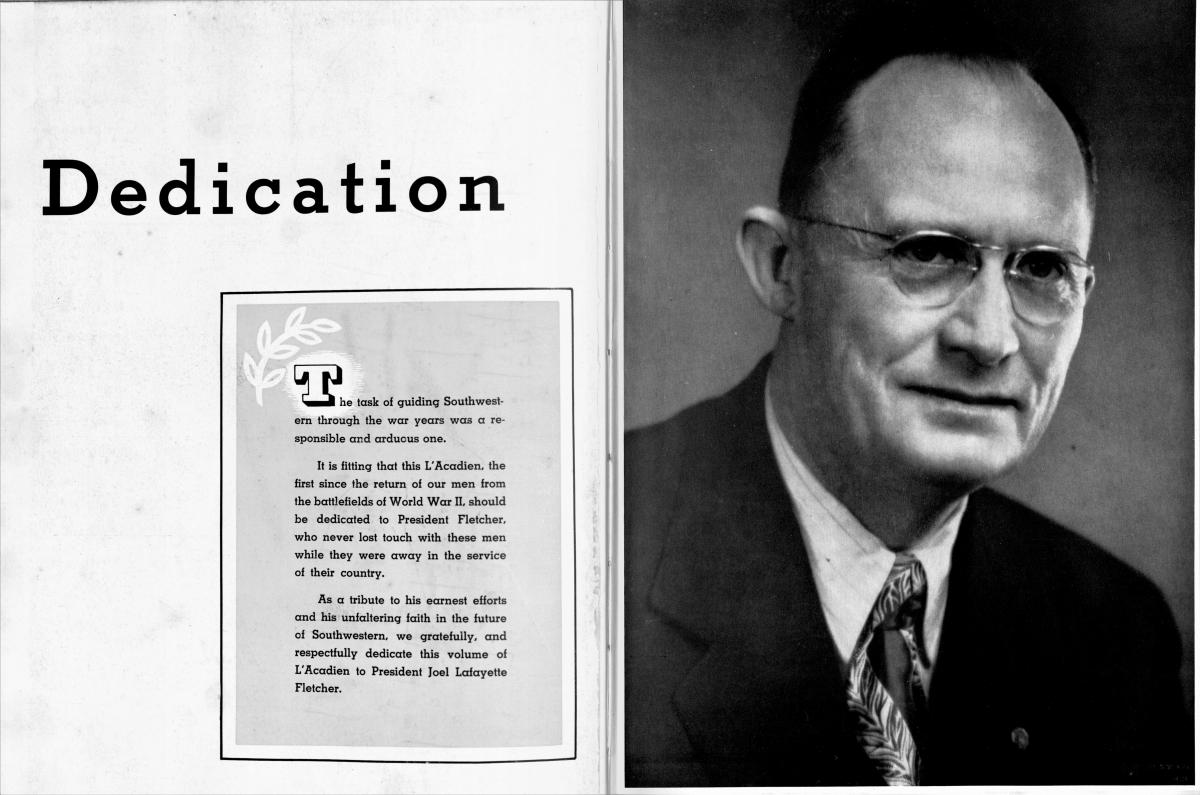